What is Limonene and How Does It Affect Cannabis Strains? 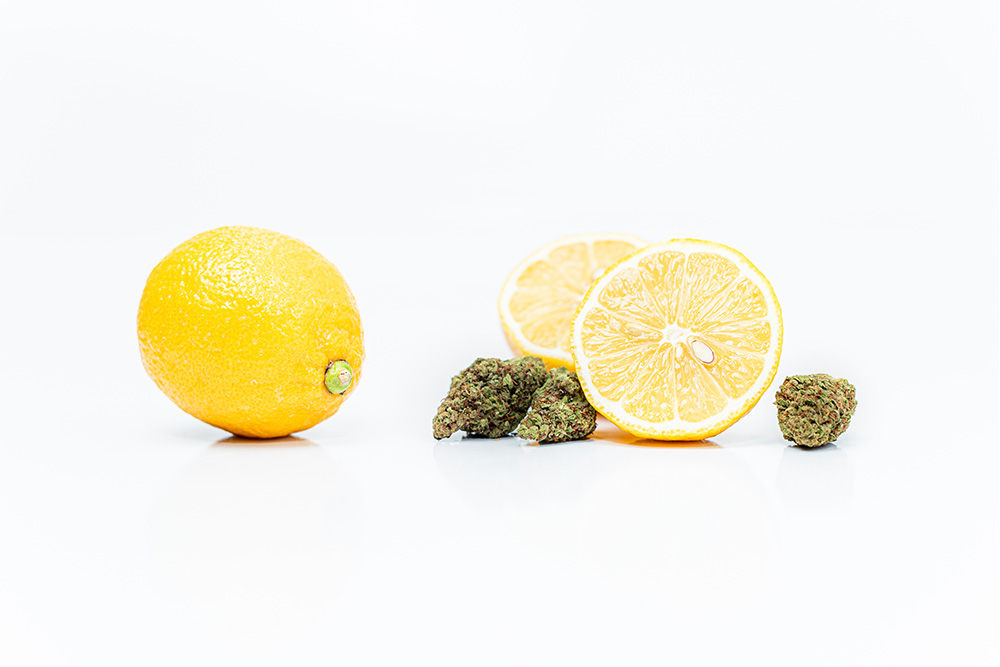 Did you catch that zesty punch of citrus with your last toke? Sounds like you may have just experienced one of the most abundant terpenes found in cannabis: limonene. Limonene is found in a lot of cannabis strains, limonene dominant cannabis strains are not at all hard to find. What is limonene and why would you want this terpene in your cannabis? Let’s take a closer look.

Limonene is a monoterpene, which is one of the more diverse types of terpenes found in the cannabis plant. Limonene is actually quite abundant in nature and not only found in cannabis. This one terpene can be found in just about any citrus fruit—the essential oils found in an orange peel are actually about 97 percent limonene.

Fragrantly, limonene offers this profound citrusy aroma, which can be pretty easy to point out in certain strains of cannabis. However, limonene is often easily overpowered by more prevalent terpenes, so you may not even recognize the terpene in some of the cannabis you consistently consume. Nevertheless, cannabis high in limonene is so easy to find that you would actually be hard-pressed to find strains that do not involve this terpene on some level.

A Closer Look at Terpenes Found in Cannabis

Cannabis is made up of so many amazing terpenes, each with its own noteworthy fragrance qualities and potential therapeutic effects. So far, researchers have found over 150 different and unique terpenes. In the plant, terpenes may play a number of roles, such as protecting the plant from insects or even attracting pollinators and helping the plant heal after damage.

Even though terpenes don’t directly interact with the endocannabinoid system in the human body, what they do seem to do is support the actions of the cannabinoids taken in alongside the terpenes. This tendency for various constituents of cannabis to work together for synergistic effects is often referred to as “the entourage effect.”

The Potential Effects of Limonene

Because of its abundance, limonene has undergone some relatively extensive research for potential therapeutic properties. Some of the most noteworthy properties of limonene include:

In addition, limonene has been examined for its ability to help prevent certain illnesses and diseases. The fragrance of limonene has even gotten its fair share of attention. Simply inhaling the zesty citrus aromatics may be enough to deter stress and anxiety or soothe your mood.

Scientists have used limonene in a range of speculative research efforts because of the natural properties of the terpene and its obvious potential value for humans. In animal studies, limonene reduced the production of nitric oxide, which is a major molecule used in inflammatory signaling. This mechanism of action indicates how limonene may help with certain inflammatory conditions, such as colitis or even problems with inflammation of the airways due to asthma or bronchial irritation.

Limonene also seems to reduce cellular damage by inhibiting free radicals in the body, which can cause oxidative stress and a host of other problems. So far, however, these actions have only been observed in test-tube studies that did not involve an actual human body.

In other animal studies, limonene has been shown to:

Many of these effects have long been associated with cannabinoids found in cannabis. Therefore, cannabis high in limonene may be a good option for people who are looking to target specific therapeutic issues.

As an adage, limonene is considered to be safe by the Food and Drug Administration, which is why this terpene and synthesized versions of this terpene are found in so many different products. Most people will experience few side effects with exposure to limonene, with the exception of a potential for skin irritation if the terpene is applied in high concentrations to the skin.

Luckily, because limonene is so abundant in the world of weed, you won’t have any trouble finding desirable strains with a good limonene profile. There are, of course, some strains that have a higher concentration of limonene than others, such as:

If you are on the search for a high limonene cannabis strain, watch for lab tests that confirm how much limonene can be found in the flower.

At Core Gardens, we adore the fact that cannabis never gets boring because there are so many different strains to explore. We take pride in providing a variety of strains, including limonene marijuana strains bound to give you the full effect of the limonene terpene and high cannabinoid context. Take a look at our menu today, and don’t hesitate to ask us about terpenes and why they’re important.